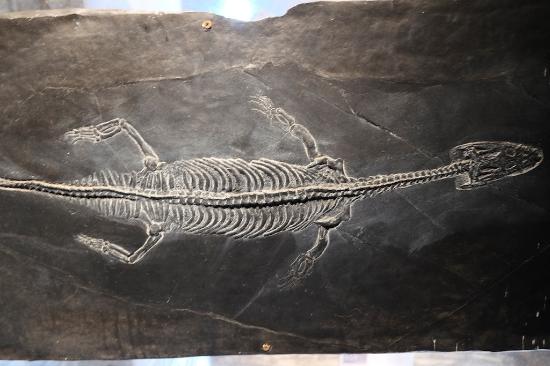 Lariosauro is a cryptid reported to live in Lake Como in Italy, about 30 miles north of Milan. Como is one of the deepest European lakes, at about 410 meters (1200 feet) at the deepest location. In 1946, eye witnesses allegedly reported seeing a reptile-like animal swimming in the waters of the lake. It was called lariosauro, the same name used a century before to name a prehistoric reptile whose fossilized remains were found by the lake (Lariosaurus balsami). A weekly of Como, a week after the first article, wrote it was a sturgeon, but the sturgeon as well as the monster appear to be more simply a hoax invented by the press.
There were other sightings, or alleged sightings, in Lake Como.
In 1954 in Argegno a creature with round muzzle and back and webbed paws.
In August 1957 an enormous monster in the waters between Dongo and Musso.
In September 1957 a strange animal whose head was described as similar to a crocodile head.
In 2003 a giant eel, 10–12 m long, in Lecco.