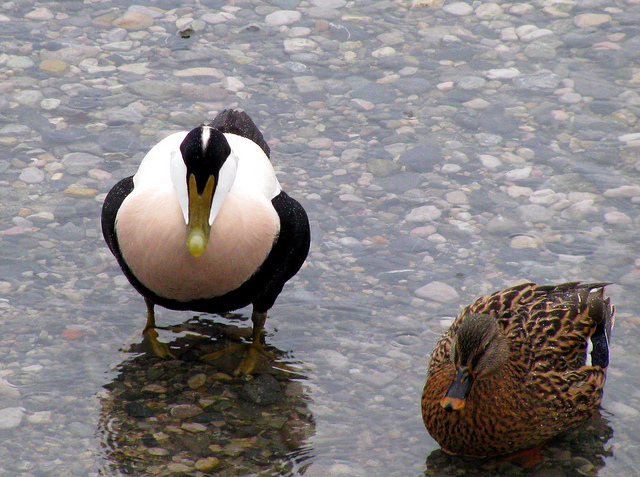 Even this year Varenna can boast the presence of an unusual and welcome guest: the Edredone (Somateria Mollissima), a large sea duck whose natural habitat is the northern coasts of Europe, North America and Siberia. Large groups of passionate photographers and naturalists flock to the small lakeside town not to lose what is known as a wonderful amazing natural spectacle. With its characteristic stout shape and its beak the Edredone is distinguished from those which are the typical water birds of the place. The white and black male is unmistakable, with shades of pink on the chest. The female is a brown bird that is distinguished from all other ducks in size and shape of the head. In 2008-2009-2010-2011 were present in Varenna three males, two specimens to date are still present along the banks of the small village of the Lake Como.